As you leave the town of St Peter Port behind, a whole new set of discoveries lay ahead. The area just above the town was once a fort and also a base for the occupying forces during the Second World War. Beyond are the Bluebell Woods which turn into a stunning carpet of blue in the month of April, an ideal spot to take a picnic. Fermain Bay itself was once home to a quaint ferry service which ran here from the town and it is in this area we come across one of the 15 loop-holed towers built in around 1778 to defend the island against a potential invasion by Napoleon and his troops. There are plenty of places to eat in the area, either at Fermain itself or further up the hill that slopes upwards from the bay.

Provides walking routes throughout the Islands of Guernsey 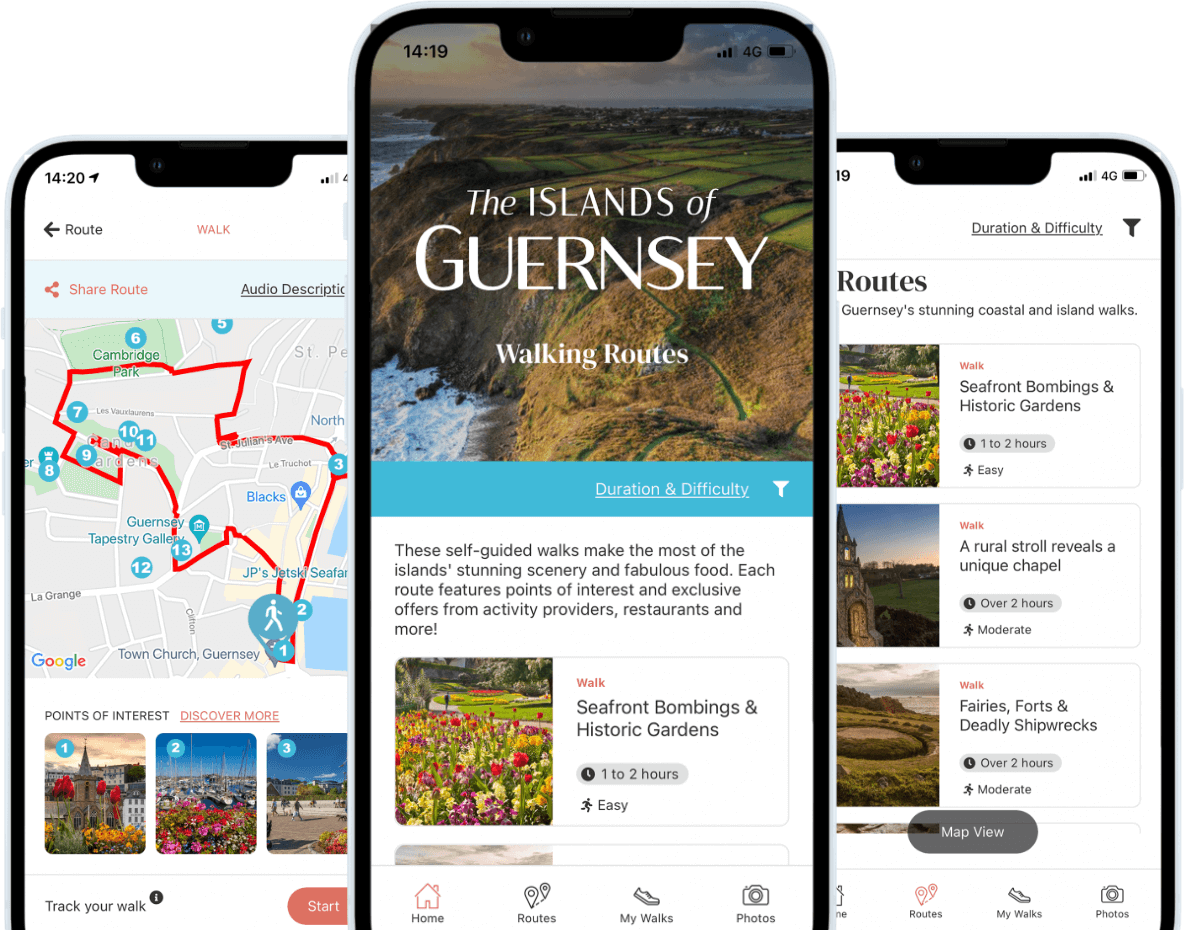